In abid to concretise the safety of the Shell V-power Pearl of Africa Uganda Rally, FIA officials will train local Safety Marshals before the event due on Friday and saturday August 2-3,2019 in Luwero and kayunga districts. 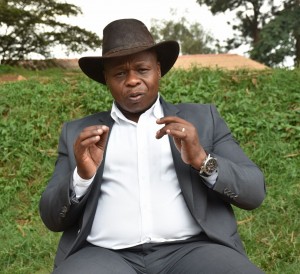 FMU President Dusman Okee in an interview By Johnson WERE

FMU president Dusman Okee who doubles as the Event manager confirmed the development saying that the event will be run under strict safety standards.

“We have a big crowd of motorsport fans in the continent, and we also have the biggest entry list,so we have to be careful when it comes to safety,” Okee noted.

“Besides the UPDF, Police and scouts to guide the fans, we shall also train these marshals in a refresher course conducted by experts from FIA before the event,” he added.
He explained that at the super special stage they have added there jumps to excite the fans during the event.