Drivers put up an impressing start in Day-one of the Shell V-Power Pearl of Africa Uganda Rally in Busiika, Luwero district. 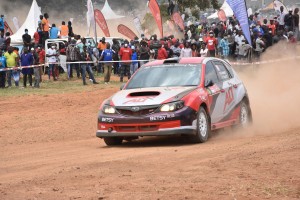 Yasin Nasser in a Subaru GVB put up the best show exciting fans with his whips in the corners, while Manvir Baryan proved to be a hard rock to crack as he was flying.

Ambrose Byona who returned a year sabbatical seemed to be learning the New Mitsubishi Evo10 who he driving for the first time.

Defending champion Manvir Baryan beat his opponents to take day by three seconds, his top rival Jas Mangat will be chasing in Kayunga on Saturday August 3,2019. 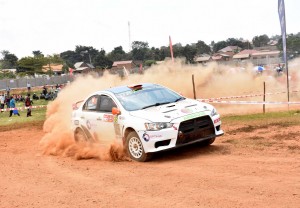 The crews shift the fight on Saturday in Kayunga.

UMOSPOC driver Ronald Ssebuguzi finished in eighth but is expected to better the performance in the competitive stages.