Who will Win the Pearl Rally 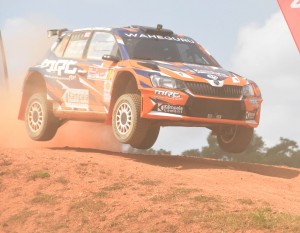 Chipper Adams, is the only Ugandan driver that has won the pearl thrice, while Charlie Lubega navigated by Abed Musa has it twice.

Jas Mangat, Ponsiano Lwakataka and Hassan Alwi who has won it once have their sight on winning it for the second time.

Ronald Ssebuguzi who has three National Rally championship title has never tasted the Pearl of Africa rally and will be out to break that jinx.

That is what is going to make this pearl of rally gruelling event.

The drivers start with super Special stage at Busiika and then take the fight to Kayunga in the eight sections.

“We are ready for the challenge. Our major focus is the 240 points,” the Shell V-power sponsored crew noted.

The same focus is for the other crews, will they be able to stop the Skoda? lets be there to witness

Past Winners of the Pearl Rally