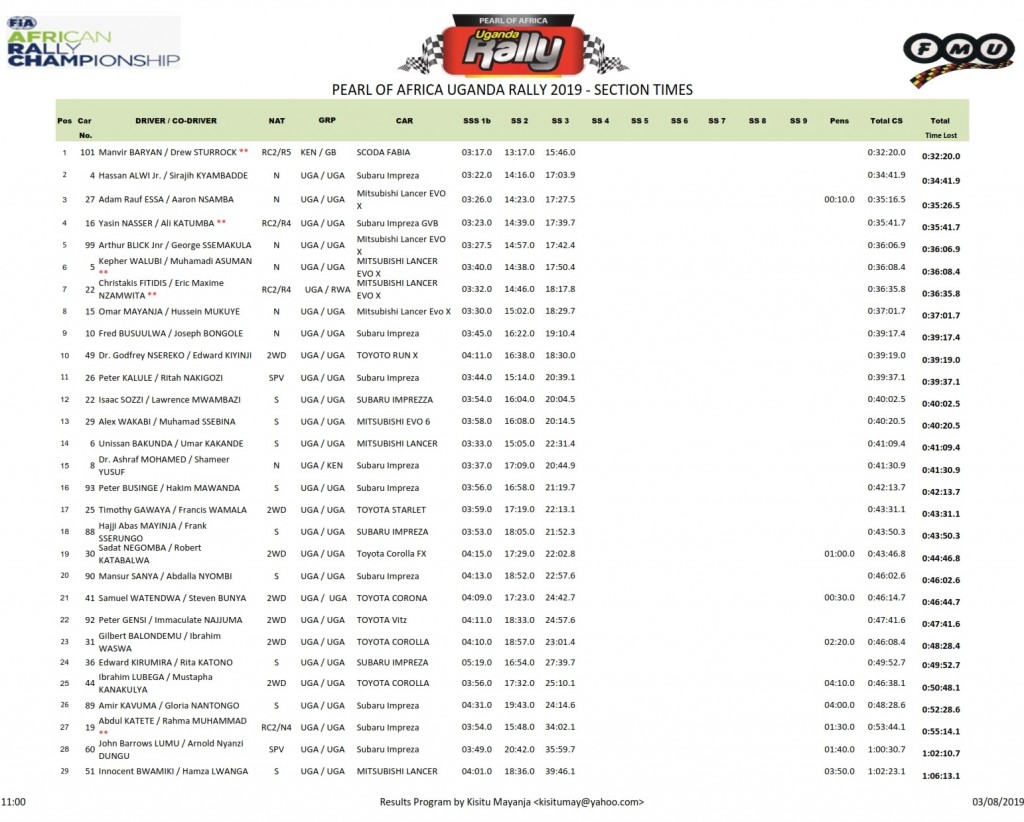 The Kenyan rally Crew of Manvir Baryan and Drew Sturrock has secured aback to back win of the Pearl of Africa rally after winning this year’s edition that ended today Saturday in Kayunga.

The crew in Skoda Fabia R5 posted a total time lost 2 hours,26.03 minutes ahead of second positioned crew of Jas Mangat and Joseph in Mitsubishi Evo10.

Twenty-two drivers out of the 47 crews finished the two day event that doubles as the fifth round of the national rally championship (NRC) and the Africa Rally Championship (ARC).

It is all going to depend on skills, maturity, calmness and experience as rally drivers will have to prove their skills battle it out in 12 competitive stages totaling to 212 km and liaison section of 248km of the Shell V-Power Pearl of Africa Uganda rally. END_OF_DOCUMENT_TOKEN_TO_BE_REPLACED

Team Sebuguzi makes it to the top of the National Rally Standings after round 3 with 250 points. Driver Ssebuguzi and co-driver Leon Ssenyange have a promising start in this years National Rally Championships END_OF_DOCUMENT_TOKEN_TO_BE_REPLACED

Official Draft Itinerary for the 2017 FMU Challenge Rally. This Even is the Round 3 of the National Rally Championship. END_OF_DOCUMENT_TOKEN_TO_BE_REPLACED